Andrew wanted to find work in a service-orientated industry as he enjoyed helping people and socialising. What was most important to him was that the type of work he found had a valued status in the community, as well as a place he could make new friends.

Better Together supported Andrew to find and maintain his valued role as a volunteer library worker at his local library. He has been working there every week for over 6 years. Andrew has formed some great and lasting friendships with his co-workers, and is extremely proud of the position he has on the library team.

Andrew is also one of the original members of a Cooking Social Club at the local neighborhood center which began over 2 years ago. With support from Better Together Andrew and some of his friends from a sporting club he belongs to, they approached the center to start a club for people in the local area who had a passion for cooking and sharing good food with friends. He has joined another social club at the PCYC which he attends every second week.

Andrew has only 4 hours of support each week. However, he now works in a job he loves each Wednesday, attends cooking club every fortnight to hone his already great cooking skills, and has become a valued member of another social club at the local PCYC every fortnight where he has made friends and barbeques for the volunteers who work there. 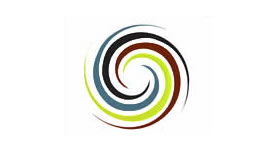